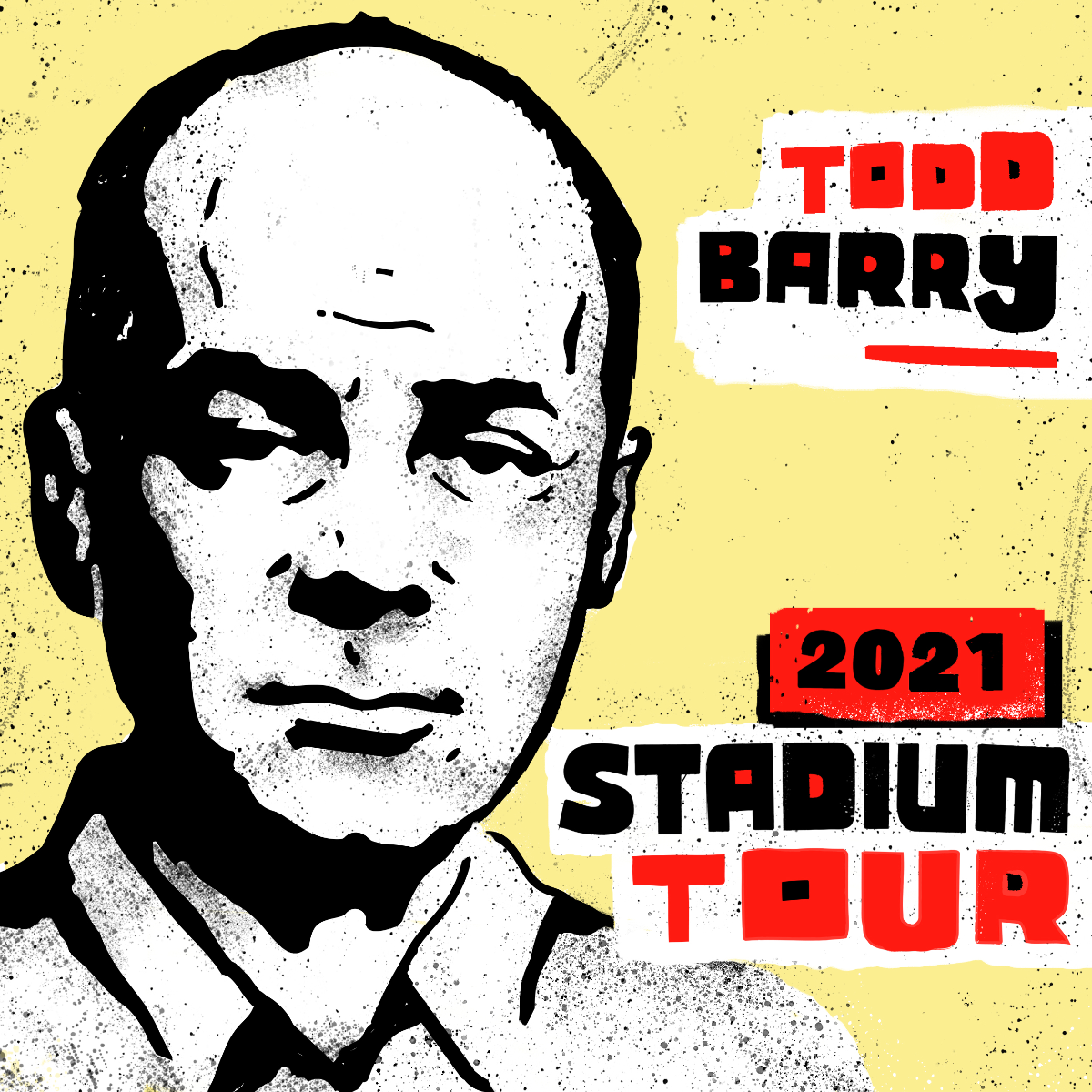 The Winchester
All Ages
$25.00
Additional Info

Todd Barry has released three one-hour stand-up specials including his latest one for Netflix, Spicy Honey

He's appeared on The Late Show with Stephen Colbert ,The Late Show with David Letterman, Conan and Late Night With Seth Meyers and his acting  credits include The Wrestler, Road Trip, Flight of the Concords, Chappelle's Show, Spin City, Sex and the City. You may have heard his voice on the animated series Bob’s Burgers, Dr. Katz, Professional Therapist, and Aqua Teen Hunger Force.


Todd is also the author of the critically-acclaimed 2017 travel memoir Thank You For Coming To Hattiesburg.
Artists
Todd Barry

New York City-based comedian and actor Todd Barry is widely recognized for his roles as the bongo-playing “Third Conchord” on HBO’s Flight of the Conchords and Mickey Rourke’s deli boss in 2009 Oscar winner The Wrestler and renowned throughout the entertainment industry for his nuanced measured and thoroughly original approach to stand-up. Drawing audience members in with his deadpan self-deprecation and ability to pile punchline upon punchline his decidedly low-key stage persona belies a deeply intelligent often biting occasionally absurdist worldview one lauded by discerning fans who seek a fresh yet honest update to traditional observation and social commentary.

Todd has been heard on both The Howard Stern Show and The Bob & Tom Show and his albums Medium Energy Falling Off the Bone and From Heaven are available from Comedy Central Records Amazon and iTunes. He has earned the U.S. Comedy Arts Festival’s Jury Award praise from Ricky Gervais as one of the best comedians of 2009 and accolades from The Onion’s A.V. Club which declared Medium Energy one of the best comedy albums of the decade.

Todd was the subject of a recent New York Times Arts section cover story which referred to him as a “master of standup” and noted “when it comes to live performance few comics are more consistently funny.”
In April 2013 the Todd Barry Podcast debuted. It reached #1 on the iT

“Infuses his observational comedy with a wonderfully individual disdain.” – The Times of London

“He doesn't suffer fools and fortunately for his comedy his definition of ‘fool’ doesn't discriminate.” – Pitchfork.com

“Barry is so beautifully arid he is positively parched.” – London Evening Standard

“The success lies with the delivery and in his ability to seamlessly merge ad-libbed material with his prepared schtick.” – The Age Melbourne