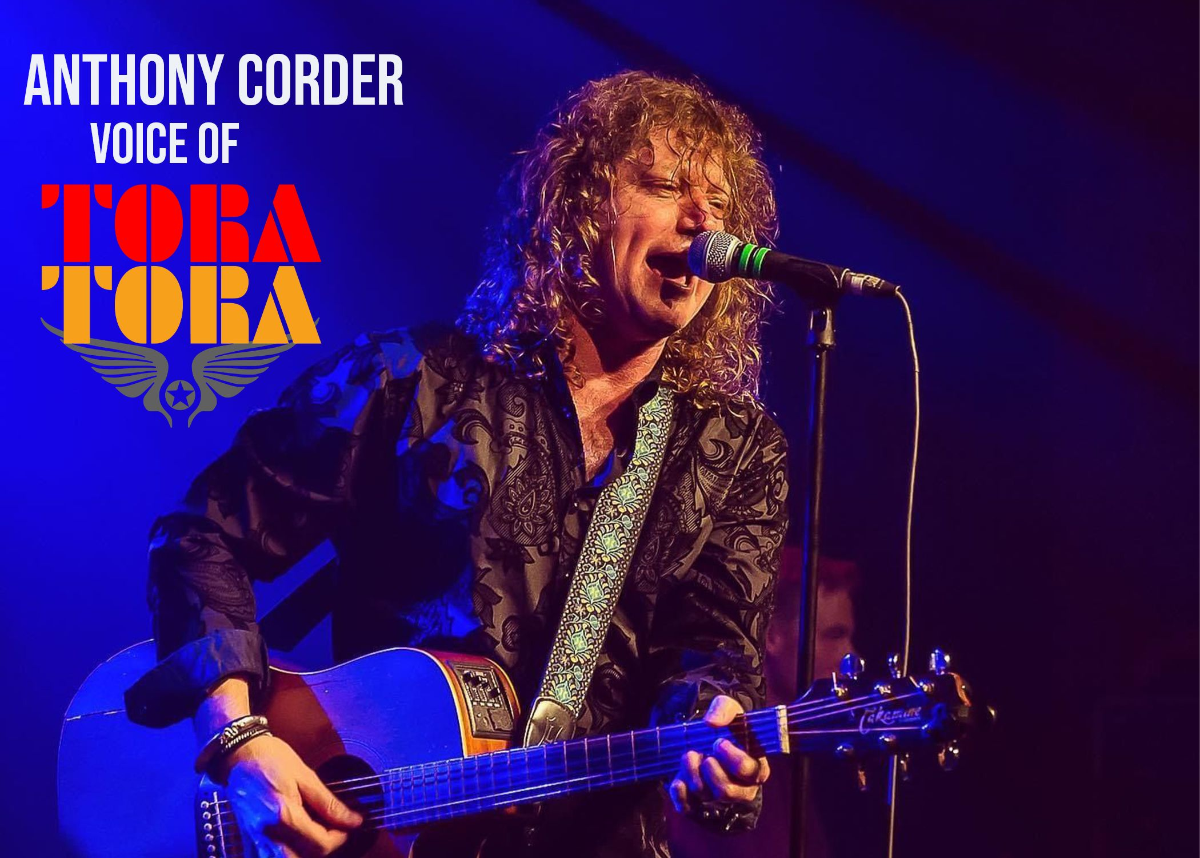 Anthony Corder The Voice of TORA TORA was raised on a Delta crossroads blend of musical influences that launched him into over twenty-five years of live performance experience. Steeped in Memphis, Tennessee’s own deep musical heritage of blues, soul and rock, he began his professional music career as the lead vocalist and founding member of TORA TORA. Their breakthrough album Surprise Attack (A&M Records) sold over 400,000 copies. TORA TORA was also featured on the soundtrack to Bill and Ted’s Excellent Adventure with the single “Dancing With A Gypsy”. The bands constant touring while promoting those two albums placed five videos on MTV! Anthony and TORA TORA are still a vital part of the Memphis scene. In addition to working with numerous notable musicians, Anthony has toured on both the theater and arena levels with well-known acts such as L.A. Guns, The Cult, Bonham and Kix. Anthony is accompanied by legendary percussionist Ben Hans.
Artists
Anthony Corder