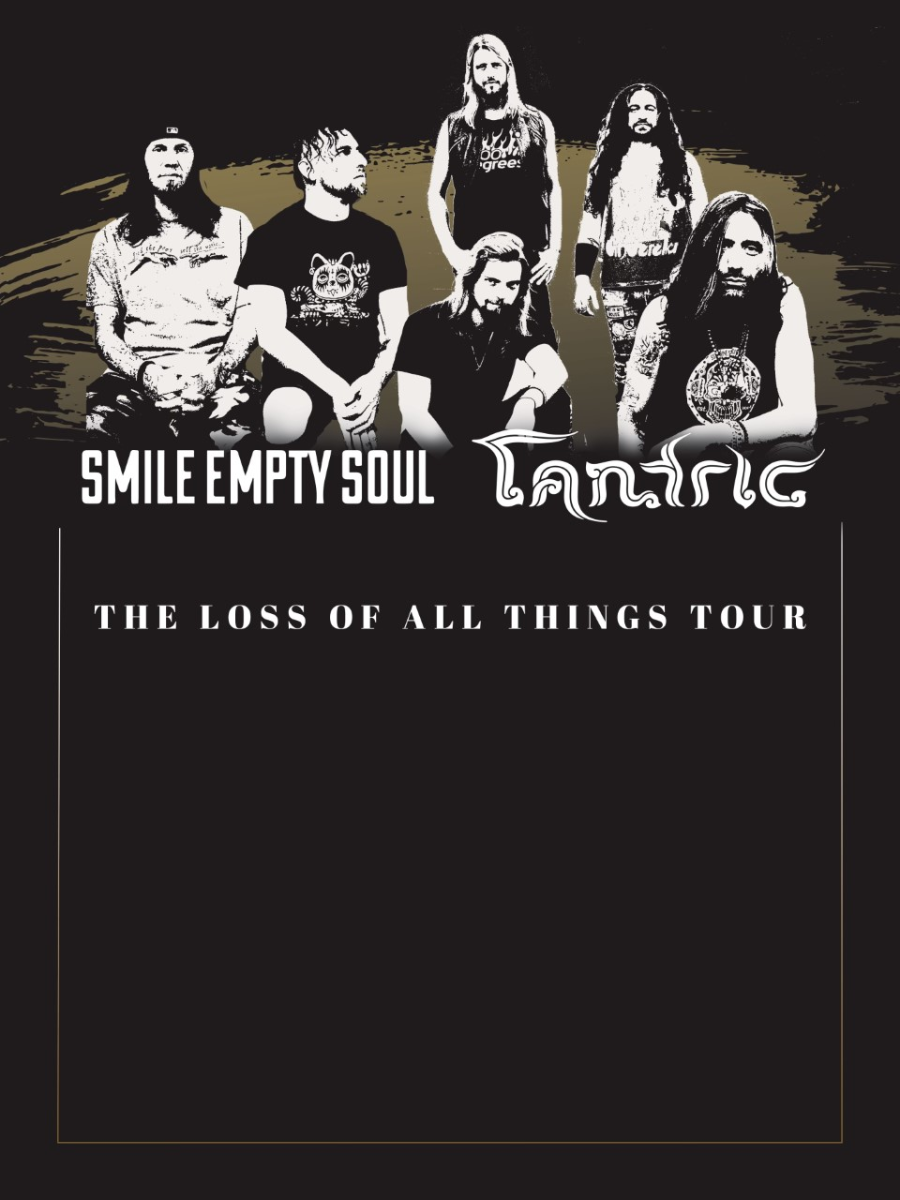 SMILE EMPTY SOUL is a hard rock band that originated in Los Angeles, CA in the late 1990's and has stayed true to their brand of "no bullshit", "real as it gets" hard rock to this day. The band signed a major label record deal in 2003 to release their self-titled debut album in May of that year. They realized huge success at alternative radio, rock radio, and the music video channels that have since fallen by the wayside or turned into reality show networks.
After 3 very successful singles/videos and a gold record from the debut release, the band ran into trouble with their record company (which was in the midst of turmoil at the top levels) and found themselves working extra hard in the trenches, and signed to indie labels or no label at all from them on.
This would become SMILE EMPTY SOUL's destiny, as they have gone on to release many more albums and EP’s on various labels, as well as their own company “smile empty music inc”. The band just released their 9th full length record “Black Pilled” on October 12th of 2021 completely on their own.
“Smile” has become known for its constant touring and never wavering honest sound/lyrics. They've never changed for anybody, and turned down many opportunities to "sell out" because it's not who they are.
With a calendar full of tour dates, a new album, and just as much drive as they had starting out 20 years ago, this band looks to continue to build on the legacy they’ve created as one of the hardest working, and most underrated bands in rock and roll
ABOUT TANTRIC: Louisville-based post grunge rock group Tantric have deﬁned themselves through 6 studio albums as a groove laden, guitar rich rock band with dense vocal harmonies and infectious vocal melodies. Frontman Hugo Ferreira’s unique soulful baritone vocals, ranging from angsty rasps to melodious melancholy are a testament for the signature Tantric sound. Along with the usual intricate guitar work and infectious riﬀs layered over complex textures has become the hallmark of the Tantric sound. Tantric has endured for a career of 20 years, and although band has gone through many label and lineup changes over the years, Ferreira has managed to keep the entity that is Tantric alive and well. “I consider Tantric a boat that I ﬂoat in—it’s a vessel that carries the music. So I never feel restrictions. It doesn’t have any rules. Tantric music can be super-heavy, light–or both It’s really an open book with no ending in sight”, says Ferreira.
Band Members: Hugo Ferreira (lead vocals, rhythm guitar), Jaron Gulino (bass, backing vocals), Sebastian LaBar (lead guitar, rhythm guitars, backing vocals) and Jon Loree (drums).
Artists
Smile Empty Soul

Smile Empty Soul was a heavy alternative trio formed while its three members were still in Santa Clarita, California high schools.Led by singer/guitarist Sean Danielson, the band also included drummer Derek Gledhill and bassist Ryan Martin. After honing their sound with numerous hometown gigs, Smile Empty Soul began venturing to the Sunset Strip, and eventually passed a demo to Todd Parker of the Los Angeles indie ThroBack. That exposure led to a deal with Jason Flom's Lava imprint, which was expanding in the wake of early signee Kid Rock's white-hot success. The trio hooked up with producer John Lewis Parker, who was at the helm for their self-titled debut, issued by Lava in May 2003. With its screeching guitars and Danielson's rage-filled vocals, the album was indebted to the alternative sounds of the early '90s. Vultures, Smile Empty Soul's third record (the band's sophomore outing, Anxiety, was scheduled for release in 2005, but a split with Lava kept the album from seeing the light of day until the band released it through their own MRAfia Records label in 2009) hit the streets in 2006, and was followed by the aforementioned Anxiety. Their fourth full-length, Consciousness, arrived in 2009, followed by 3's in 2012. ~ Johnny Loftus