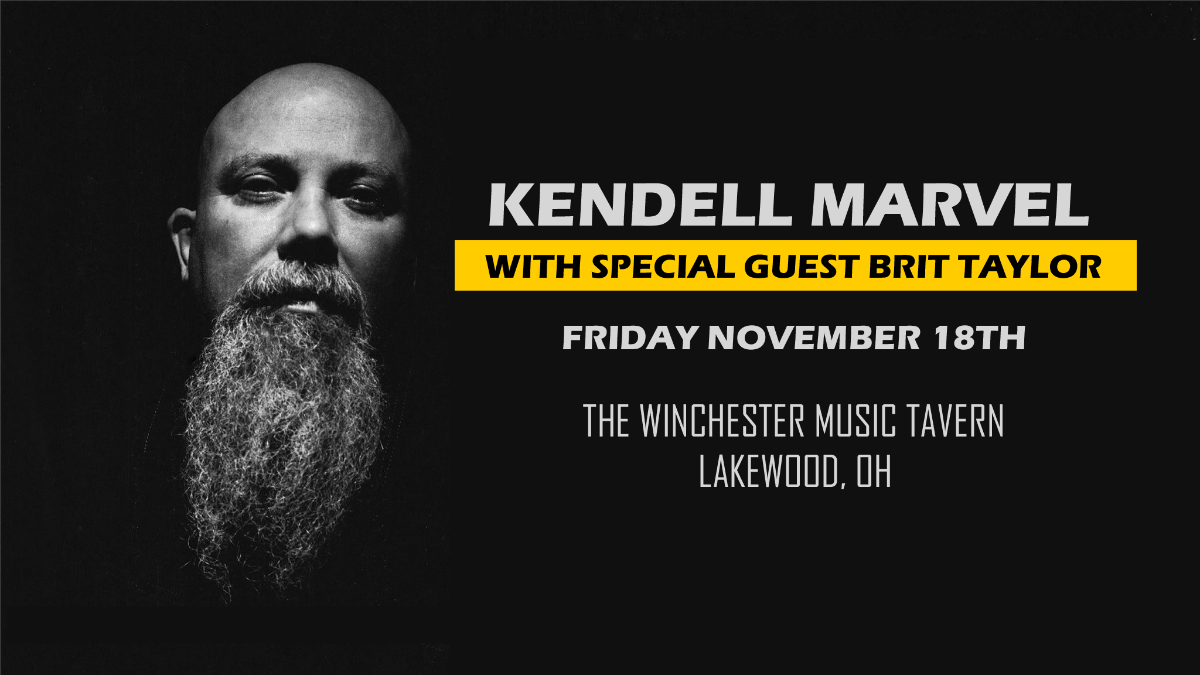 Kendell Marvel:
Acclaimed solo artist. Grammy-winning songwriter. Road warrior. By the time Kendell Marvel moved into a 200 year-old farmhouse in the Tennessee countryside in 2021, he'd already spent more than two decades expanding the boundaries of modern-day country music. Albums like Lowdown and Lonesome and Solid Gold Sounds were showcases for his blend of southern twang and super-sized vocals, filled with songs that split the difference between honky-tonk country and roadhouse rock s catalog reaches far beyond his solo work, too, with artists like George Strait, Gary Allan, and Chris Stapleton all landing Top 40 hits with his compositions. The man had clearly left his mark. If he'd chosen to celebrate his new home by taking a few months off, the vacation would have been well-earned. I'm 51 years old, which means I'm long past the point of catering to anybody, Marvel says. I'm just telling the stories I want to tell, whether its a song like Come On Sunshine which Devon Gilfillian and I wrote at the height of the pandemic, looking to pour some light into the people who were shut in, shut down, and struggling with the doom and gloom we were all seeing on TV or Keep Doing Your Thing, which argues that the world would be a better place if we just let people be who you are. The truth goes down a little easier when its set to a soundtrack of greasy funky-tonk and nuanced Tennessee twang, though. At its heaviest moments, Come On Sunshine leans closer to the rock Don't Tell Me How To Drink with the gruff growl of a lifer who's earned the right to call his own shots. Brother, Ive spilled more on the barroom floor than you've ever had, so let me do my thing, he barks in his deep baritone, backed by cymbal crashes and ringing power chords. If those moments nod to the ZZ-Top-meets-Merle-Haggard sound of his Keith Gattis-produced debut, Lowdown and Lonesome, then tracks like Hellbent on Hard Times and Dyin Isn't Cheap salute the vintage warmth of 2019s Solid Gold Sounds, which Marvel recorded with The Black Keys Dan Auerbach. Come On Sunshine finds the middle ground between those two records, its diversity mirrored by Marvels broad list of collaborators. Its been nearly 25 years since Marvel a native of southern Illinois, where he began playing barroom gigs at 10 years old moved to Nashville and wrote Gary Allens Top 5 hit Right Where I Need To Be during his first day in town. With Come On Sunshine, he proves that ones day in the sun can last a lifetime, as long as you're willing to listen to the muse, challenge your perspectives, and chase down the magic in front of you.