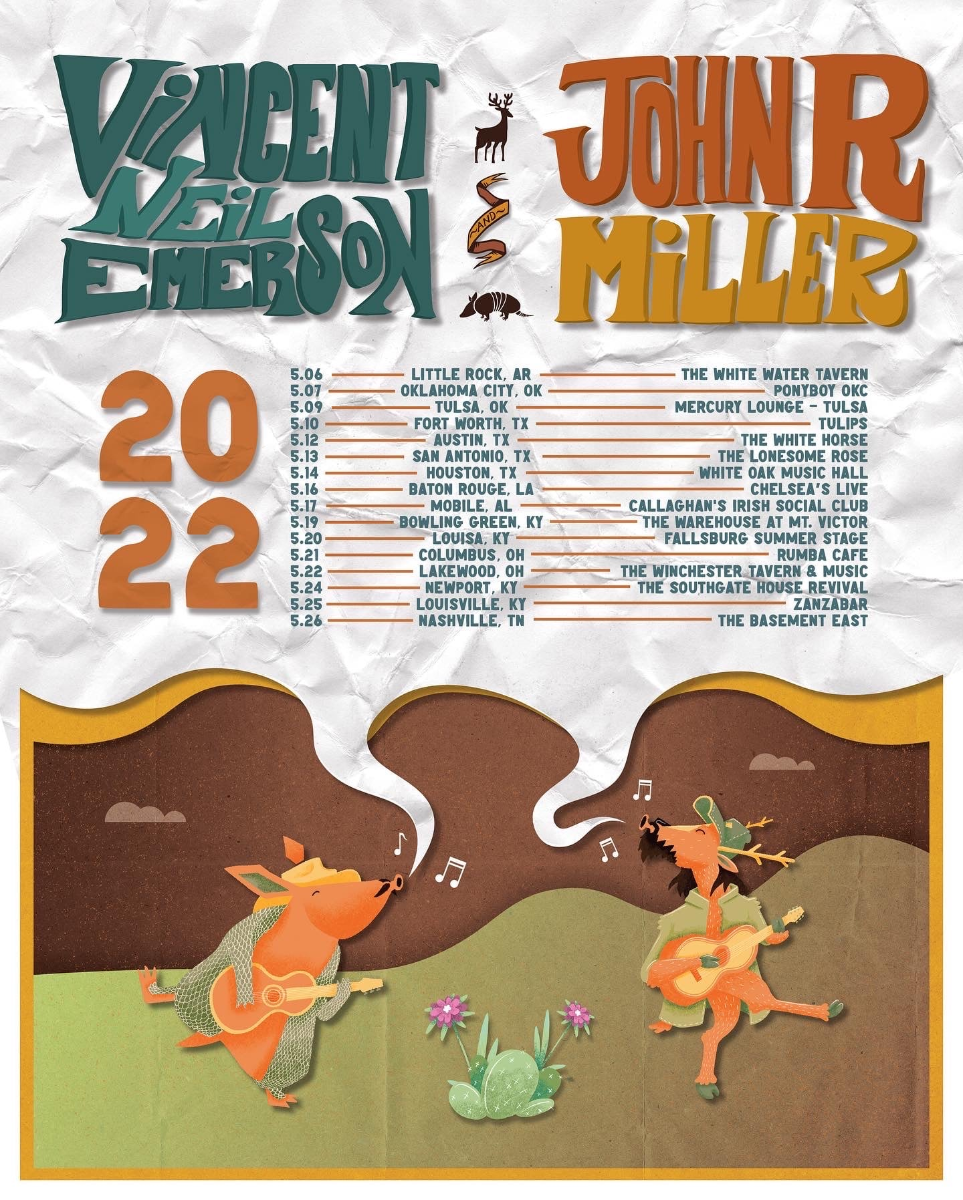 $15 ADV / $18 DOS
Artists
John R. Miller
John R. Miller began playing and writing music while growing up in the eastern panhandle of West Virginia, an area along the Potomac River where the mountains meet Interstate 81, and has since performed his songs across the US, Canada, Ireland, the UK, Japan, and Europe. He has made several appearances on NPR's Mountain Stage with Larry Groce, has been a featured songwriter and performer on the Travelin' Appalachians Revue, and his song "Coming Down" was performed by Kentucky artist Tyler Childers on his album Live at Red Barn I & II. With his band the Engine Lights, the music widens into a unique cross-section of folk, country blues, and rock n roll, featuring driving fiddle, close harmonies, wily guitar picking, and a deep-pocket rhythm section. Their most recent full-length effort, The Trouble You Follow, was released in 2018 via Lexington, KY's Emperor Records.
Vincent Neil Emerson